Click here for latest news or Search this Site by keyword per the box below!

Make a Donation to Your Local Salvation Army 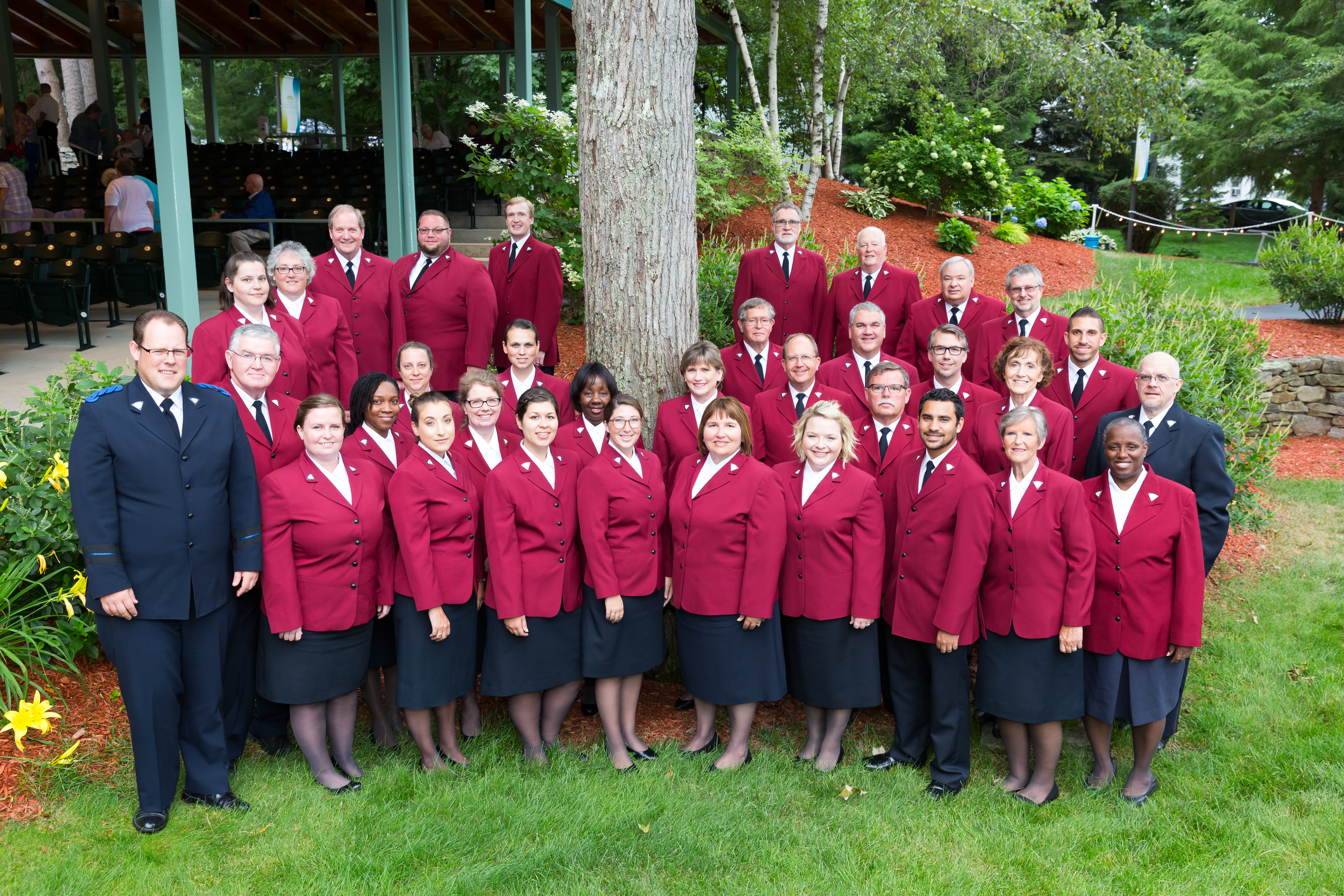 The Salvation Army's Eastern Territorial Songsters are coming to CCRI Newport Campus on March 4th at 6:30 pm! The address is 1 John Chafee Blvd., Newport, Rhode Island. The event is free of charge.

The Eastern Territorial Songsters (ETS) is a choir of pastors and members from The Salvation Army church community. Members are drawn from choirs in Puerto Rico, Kentucky, Ohio and along the eastern seaboard from Delaware to Maine. The choir is 30 men’s and women’s voices strong, with rhythm combo accompaniment, who sing in a variety of musical styles. The singers are volunteer Salvation Soldiers with diverse vocal backgrounds, a conviction for teaching and leading church ensemble singing and a long-term commitment to ministering in The Salvation Army.

An evolutionary extension of this use has brought the ETS shoulder to shoulder with many corps songster brigades (local church choirs in the communities where The Salvation Army has worship centers) as partners in the desire to enhance the worship experience. Each member is a leader in his/her respective corps and division, as well as a supporter of local and divisional music training and participation. It is always one goal of ETS weekends together to rehearse the repertory of present and future engagements. The sharing of scripture centered devotion and peer fellowship is a by-product of that experience.

The Eastern Territorial Songsters are made up of officers and soldiers from throughout the Salvation Army USA East. Delegates are selected based on some vocal music orientation, a conviction to teaching and leading church ensemble singing and a long-term commitment to the ministries of the Salvation Army. First presented at the Old Orchard Beach Maine camp meeting series, the Eastern Territory Songsters have nearly completed twelve years of service around the Eastern Territory. The group has been privileged to share their service with the New York Staff Band, Territorial Arts Ministry (TAM), and other territorial music groups. Songster Leader Gavin Whitehouse and the ETS have endeavored to deliver the truth of Salvation Army doctrine through the music that is offered. ETS tries to encourage the vocal congregation with the leading and accompanying of strong, heart felt, united singing. ETS is, also, charged with introducing new songs and choruses that are available through various Salvation Army outlets. The repertory of ETS demonstrates these basics woven into the music that has been prepared and presented.

The Eastern Territorial Songsters can be heard on the released CDs “As Bread That is Broken”, “It Is Good” and “We Feel Like Praising Him”. Downloadable albums and single tracks can be found at “CD Baby”, on iTunes and Amazon.